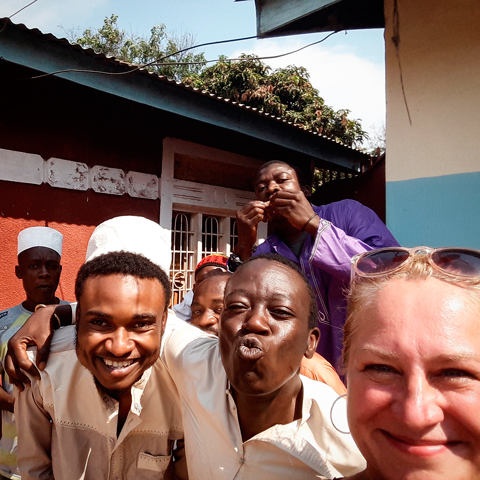 Pernille Bærendtsen is a journalist and enrolled in the MA programme in African Studies. She did her third semester as fieldwork in Tanzania. Here she tells her story.

I’ve worked in East Africa since 2005, the latter five years as an independent journalist. I decided to do the MA in African Studies to boost my experience with an academic foundation. The feet-on-the-ground part is, however, important to me, and during 2016 I chose to do my third semester as fieldwork in Tanzania.

I went to Kigoma at Lake Tanganyika to look into how opposition is perceived by people who see themselves as opposition. As Tanzania recently has experienced some noticable shifts in politics I found it necessary to collect primary data. But I’m also interested in how politics feels and functions for people in their everyday lives. This, I’d never get hold of by going through election data or public opinion surveys from a desk in Copenhagen!

Let me share an example from Kigoma: One day I’d arranged an interview in a ward office with a councillor. As preparation for the interview he’d brought a heap of photos which he placed on the table. His own, personal history of politics started in 1993 – just one year after Tanzania established multipartyism. Via his photos we talked through the history of opposition politics in Kigoma. We talked numbers of shifts of seats and votes, but also emotions of grievance and victory.

Knowledge that cannot be googled

I'm interested in what’s in between the election data, the number of votes and the people. I’m interested in this kind of backroom machinery of politics, of what drives people, be it stomachs, hearts or minds. People argue with 'development' (tarmac, schools, health service), but issues of identity, pride, jealousy and belonging weave it together.

It is complex stuff. We may think the Internet can provide some sort of instant closeness and understanding. I’m more curious about all the stuff which cannot be googled or – yet – found in libraries. It is a gift to have the time and space to ask the questions you cannot ask when you are far away. Field work provides such opportunities. 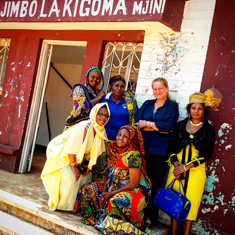