Read interviews with former students from the Master of Science programme (MSc) in Nature Management:

In the Overlap Between Biology And Society

After completing a BSc in Biology at Aarhus University, Peter Lyhne Højberg decided to do Nature Management in Copenhagen. “I would recommend Nature Management to others who, like me, are not fieldwork or laboratory types, but who like the societal dimension and an international perspective.” 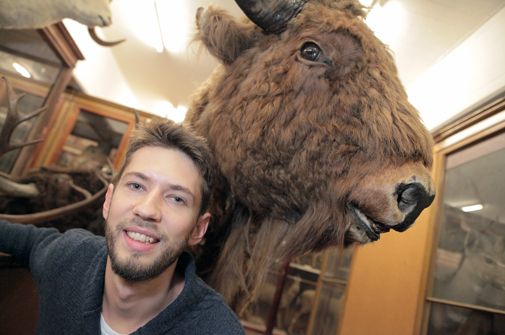 Why did you decide to do a BSc in Biology?

I did languages at upper secondary school, and I actually started studying Arabic at Aarhus University. It was quite interesting at first, but I honestly didn’t know what I could use it for afterwards, so I lost interest and felt constrained.

So, I went to Alaska instead. I couldn’t afford to travel, so I found a family I could stay with via the WWOOF (World Wide Opportunities on Organic Farms) organisation. I worked on the farm in return for meals and accommodation. One day as I found myself in the magnificent Alaskan wilderness I thought: “I should study biology”. Because the natural landscape was fascinating.

I’ve always been interested in biology, but had been unable to take that path because I had specialised in languages. But when I returned from Alaska, I did the necessary supplementary courses in mathematics, chemistry and physics, and then applied to the Biology programme at Aarhus University.

But you went on to do Nature Management rather than more Biology. Why?

It was only during the BSc programme that I realised what area I wanted to work in. Studying otoliths in various fish species is just ‘not me’. It’s too detailed. What I found most interesting was the bigger picture.

I like working with ecology and the large systems of nature, so I worked out that I wanted to combine the natural and social sciences. I realised that if I was going to be an ambassador for and make decisions on behalf of nature, the economic and political aspects would be crucial. It’s interesting to have a different perspective that goes beyond just biology.

What does the Nature Management programme involve?

It focuses on what it takes to manage natural resources – i.e. knowledge about the processes that govern nature and the climate, and the laws and rules that define how we want nature to look. What made the degree programme attractive to me was the fact that I didn’t have to abandon biology, but just add courses in management and biodiversity to it.

Which jobs can you get as a graduate?

The programme aims to prepare us for employment with local authorities that are interested in conserving nature and nature restoration projects, and that want to find the best way to manage the remaining natural resources. It also targets project management jobs with consultancy firms such as COWI or Ramboll.

The Nature Management programme is international. This is one of the reasons why I chose it, because I would like to be able to work abroad and work with the bigger picture.

Has the programme given you an opportunity to go abroad?

Yes, I’ve just returned from a three-month stay in Tanzania. I chose to do a ‘Project in Practice’, whereby you have to find a project you can participate in and make sure it is relevant to the degree programme.

The project looked at the relationship between people and wild animals. I lived in a township just outside a national park in Tanzania. The residents grow bananas right up to the edge of the park. This leads to problems with monkeys, elephants and hippopotamuses that encroach into the fields. The local Maasai also have problems because the hyenas take their cattle. And finally, there are problems with poaching.

The project is headed by a small Tanzanian organisation that collects data. In the longer term, they want to teach the local population about the importance of having wild animals and protecting the environment.

I’m considering doing my thesis on poaching. The idea is to describe a future scenario, focusing on how to avoid poaching.

Mammals are on the rise again in many places, and we need to get better at protecting them. In the Nordic region, the wolf has returned, and this is leading to conflicts. In Sweden, for example, there have been problems following the re-introduction of the lynx, with people putting out poison to kill them. Perhaps we will see the same problems with the wolf in Denmark.

Would you recommend the programme to others?

I would recommend it to others who, like me, are not fieldwork or laboratory types, but who like the societal dimension and an international perspective.

In reality, I could probably have carried on doing Biology and chosen most of the courses I have done as electives. But the University of Copenhagen has this clearly defined programme called Nature Management, and that is a strength.

What kind of job do you want in the future?

I’d like to work as a consultant. For example, advising anyone who wants to do a nature restoration project – suggesting how it can be achieved and what impacts it will have on its surroundings. It could also be fun to be involved in international projects.

Since completing the degree programme, Peter has worked as a consultant with Ramboll and as a nature manager for the Municipality of Thisted and the Danish Environmental Protection Agency.

How To Bring Back Functioning Ecosystems

"I really like how international this programme is. And I find the professors really helpful and always available for discussions, so it’s been a very positive experience so far", says Mita Nagarkar from Michigan, USA. 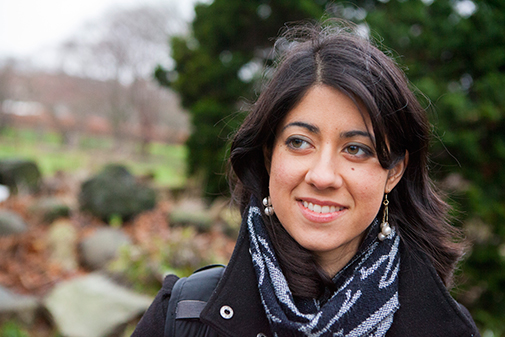 Why did you choose Nature Management?

I have always been interested in nature. I used to go camping with my parents every summer, so it’s always been a part of my life. Even when I was little I used to study animals and plants.

I have a Bachelors degree in Environmental Studies from University of Michigan and I wanted to continue my studies in that direction. I felt a Masters in the same field, especially if it was international, would be relevant for my future opportunities.

But why exactly Nature Management?

Because I’m particularly interested in how we can manage parks and bring back green spaces into our daily lives. I want to be involved in sustaining and bringing back functioning ecosystems that work alongside our societies.

I had a one year break between my Bachelors degree and this programme. I did several internships to try out a couple of different career paths. One was field work and research for METLA, the Finnish Forest Research Institute forthree months. The other was a five months stay in Brussels, Belgium, where I learned about environmental policy.

Why did you choose University of Copenhagen?

I looked at several universities when planning to follow an international programme. I decided to come here, because the city had such a good environmental reputation and a great biking culture. Also it’s such an international place and the programme focuses on group work and field work. I knew I wanted that from my earlier education.

What’s going on in the programme so far?

In the first block we had a thematic course. Everybody in the programme had class together. We had weekly excursions where we went out in the field and afterwards we analysed what we found and made group presentations. Right now I have a restoration ecology course and a course in nature perception. It’s about how various stakeholders come together over environmental problems.

How do you find the programme?

I think it meets my expectations of what I’m looking for in a master’s programme. I really like how international this programme is – we are students from 17 countries. And I find the professors are extremely helpful and always available for discussions, so it’s been a very positive experience so far.

I think it’s changed what career I see myself in. Now I see myself working for an international environmental organization or specifically in the field of restoration of ecology.

Would you recommend the programme?

Yes. I think Copenhagen is an amazing city to live in. Everybody has been very welcoming and the programme has been excellent. I’ve had the least amount of paperwork to be able to stay here in Denmark and it has been very easy to adjust to the culture here.

Any tips for future students?

Bring warm clothing. I came here in summertime and forgot to bring enough. And get a bike. You can go everywhere on a bike here - that’s one of my favourite aspects of life in Copenhagen.

Mita now works as a Senior Mitigation Specialist at Caltrans in California.